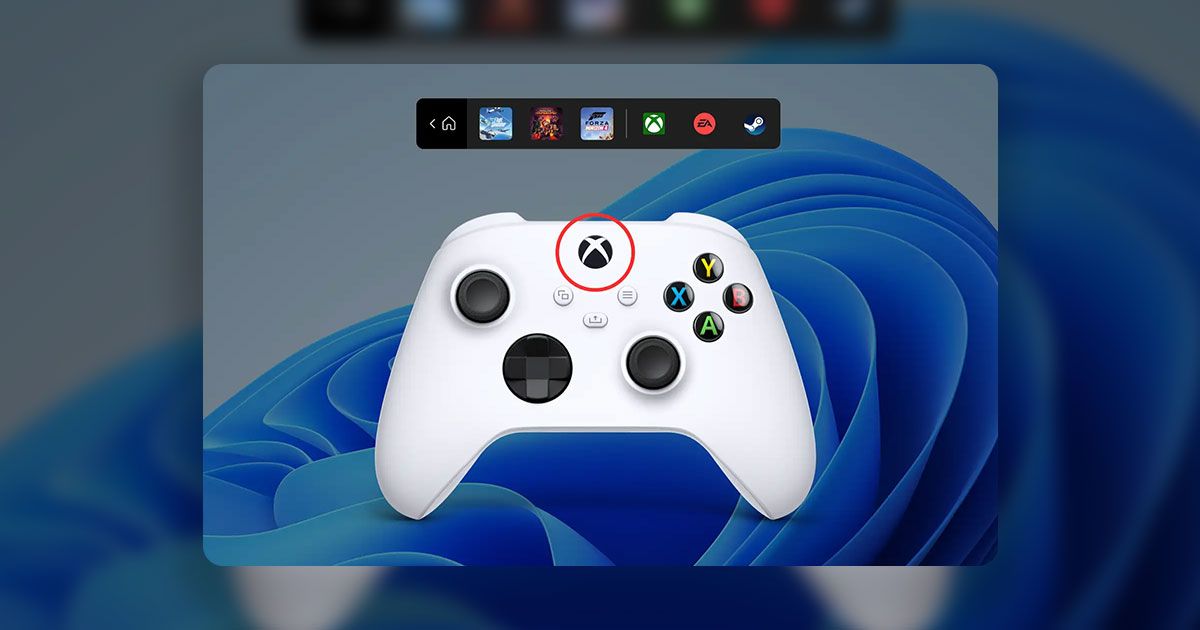 Microsoft has recently unveiled a new “controller bar” for the Xbox Game Bar to make it easier to quickly access played games and launch new games.

When you connect an Xbox controller to your Windows 11 computer running the latest preview version of Dev & Beta, this same new controller bar opens. You can access the controller bar by pressing the Xbox button on the controller when you are not playing the game. You can also open this bar with the Windows key + G keyboard shortcut.

When the controller bar is open, you can easily access recently played games and open them. If you’re in a game, the Xbox button will still take you directly to the Xbox Game Bar and gaming widgets as before. The recent games section also includes up to three game titles that you have played on your computer.

This new controller bar is now available as an insider preview. This means that if you want to get this feature, you need to have the latest preview of Windows 11 installed on your computer. You will also need to sign in to Windows Gaming Preview with the Xbox Insider Hub app to get the updated version.